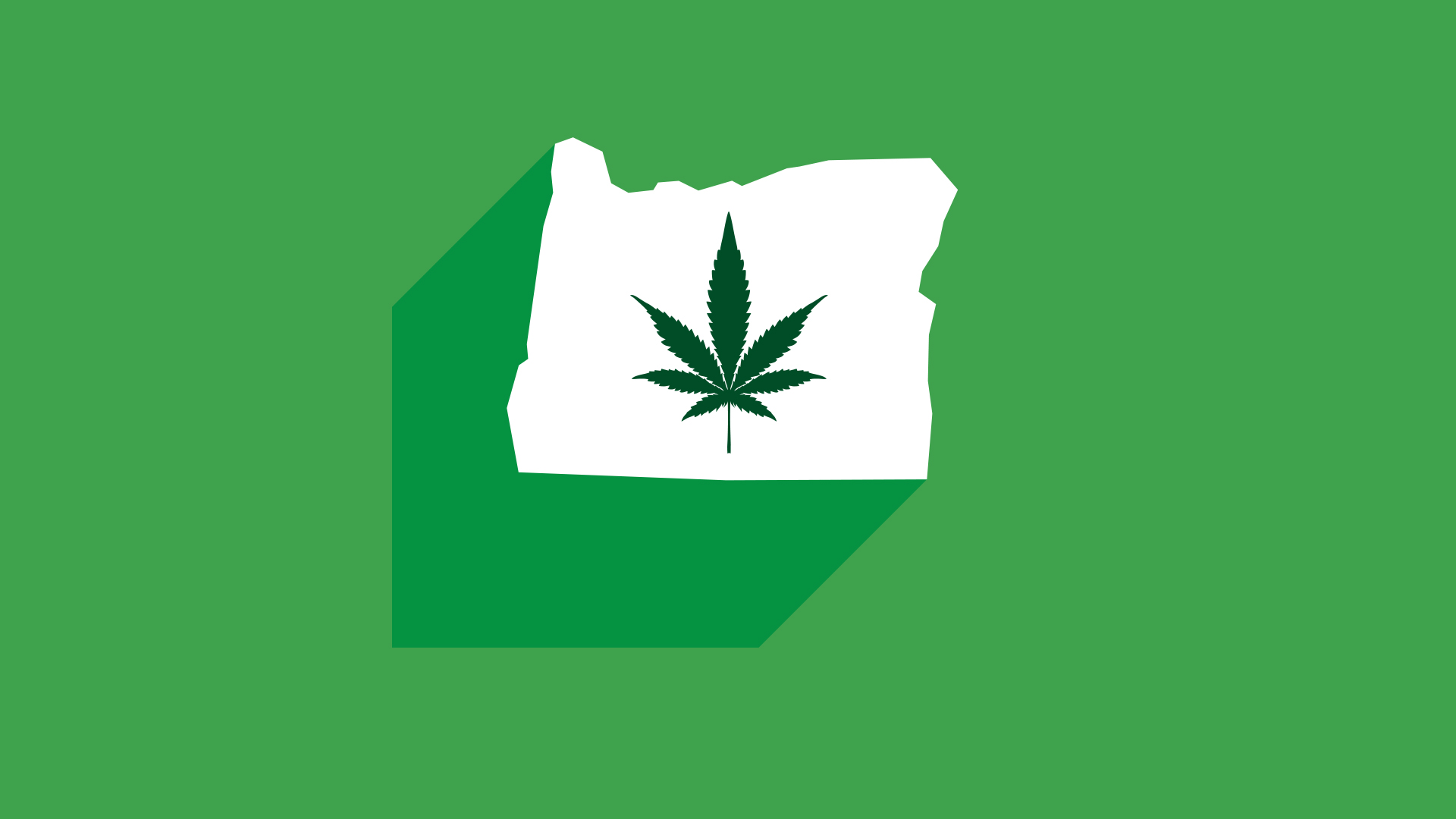 What Is The Difference Between THCA Vs THC

The Oregon cannabis laws are pretty simple to follow! In the state of Oregon, both recreational and medical cannabis have been legalized. In this article, we will cover all you need to know about using, possessing, and purchasing both recreational and medical marijuana in Oregon. Is Marijuana Legal in Oregon? Here’s What you Need to Know About the Oregon Cannabis Laws

There’s a lot of information out there regarding the Oregon cannabis laws. And, this can all seem quite overwhelming. However, we have summarized and answered any questions you may have on using and possessing recreational cannabis in Oregon.

Recreational Weed Oregon: You Need to be 21 and Older

When it comes to using recreational marijuana in Oregon, it comes with no surprise that there is an age limit restriction. As with most states in USA, recreational users need to be 21 years or older to purchase, use, or possess marijuana. Now, if you require marijuana for medical purposes, then OLCC retailers are permitted to sell medical marijuana to patients 18 years and older.

How Much Marijuana Can you Buy in Oregon?

Now, according to the Oregon cannabis laws, there are certain restrictions users need to follow should they be interested in possessing marijuana.

So, the big question on the medical weed laws in Oregon is—how do you qualify and get medical marijuana?

It is, not as simple as you might think! The medical weed laws in Oregon state the following:

Firstly, you need to have a qualifying medical condition. Oregon cannabis laws state that your attending physician should be the one to recommend medical marijuana as part of your treatment plan. Oregon cannabis laws state that an attending physician must be either a Doctor of Medicine or Doctor of Osteopathy. Chiropractors and nurses are not permitted to prescribe medical marijuana.

Application and approval of the Oregon Medical Marijuana Program will result in the patient receiving a medical marijuana ID card. Oregon cannabis laws dictate that the marijuana ID card will allow patients to:

Possess up to 24 ounces of medical marijuana, and/or
Grow up to 6 mature cannabis plants.

Marijuana Laws Oregon: Don’t Use it In Public

Under Oregon marijuana laws, tenants are indeed allowed to use and possess marijuana for both recreational and medical purposes. But, under federal law, marijuana is still considered an illegal substance. That being said, it is fairly confusing for both landlords and tenants alike to know their rights.

Unfortunately, federal laws take precedence over Oregon marijuana laws. This means that your landlord has the right to restrict growing, consuming, and using marijuana in rented units or homes. That being said, the Washington Human Rights Commission dictates that a landlord cannot penalize a tenant on using marijuana for medical purposes.

Weed Laws in Oregon: Can Employers Penalize You?

Weed laws in Oregon do not permit employees to turn up to their workplace impaired. Under the Drug-Free Workplace Act, employers are permitted to maintain a drug-free status at the workplace. This means that you should not smoke, possess, or distribute cannabis when in your workplace.

Oregon Weed Laws and the Recreational Use of Cannabis

In the state of Oregon, the USA the recreational use and licensing on cannabis are enforced and overseen by the Oregon Liquor Control Commission. Measure 91 is perhaps the most important laws when it comes to using recreational marijuana in Oregon. Measure 91 allows the people of Oregon to:

Legally possess and use cannabis for recreational use.

The law states than anyone 21 years and old can possess, grow, and use recreational marijuana. However, the amounts grown and used are limited.

Measure 91 ensures to protect both the safety, health, well-being, and welfare of the citizens of Oregon. As, by legalizing recreational marijuana, state officials and law enforcement may utilize their resources towards other situations.

Much like the California weed laws, Oregon weed laws dictate that recreational and medical marijuana will be taxed. In regards to recreational marijuana, the base rate for tax is 17%. So, where is your tax money going? Recreational weed which has been taxed is redistributed to the Common School Fund, Mental Health Alcoholism and Drug Services, to the State Police, and more!

How the Marijuana Laws in Oregon Change During the COVID 19 Outbreak?

The COVID-19 outbreak of 2020 is certainly quite a challenging time for both patients and health professionals alike. As the Oregon Public Health Division continues to process medical marijuana applications, patients are concerned as to whether or not they would be allowed into dispensaries. Briefly, we will discuss the current and changing Oregon cannabis laws regarding COVID-19 and marijuana. COVID-19 Oregon cannabis laws: The Oregon Medical Marijuana Program (OMMP) committee recognizes that face-to-face contact with physicians has been reduced due to COVID-19. Unfortunately, the OMMP still requires patients (new and old) to meet with their physician should they require a medical marijuana ID card.

Oregon cannabis laws and physicians: The OMMP states that they will accept applications where a physician has performed an over-the-phone consultation with their patient.

If you have any further questions regarding the application processes during the COVID-19 outbreak. We recommend contacting the Oregon Health Authority and the OMMP directly.

Oregon Cannabis Laws: Fines and Penalities You Could Face!

Oregan cannabis law: Penalty for public use: If you are in a public place and are caught with possessing between 1 to 2 ounces of cannabis, then according to the Oregon marijuana laws this is a class B violation. It will result in a fine of up to $1000. If you are caught possessing 2 to 4 ounces of cannabis in public, then you could face up to 6 months in prison as well as a fine of $2,500.

Oregon cannabis law regarding cultivation at home: According to the Oregon recreational weed laws, there is currently no fine for cultivating up to 4 marijuana plants at your home. However, if you cultivate more than 4 plants, then you could either face a fine of up to $2,500 or/and imprisonment for up to 6 months.

Oregon Marijuana Laws in a Nut-Shell!

The Oregon cannabis laws allow for the legalization of both recreational and medical cannabis use. But, before you decide on buying some cannabis in Oregon, it’s important to familiarize yourself with the marijuana laws in Oregon.

Recreational weed Oregon: Yes, you can indeed use, buy, and possess marijuana for recreational use, however, you need to be 21 years or older to do so.

Marijuana laws Oregon and Driving: Did you know that although it is legal to possess cannabis, you can face severe penalties for driving while intoxicated. Under state law, driving while under the influence is classed as a Class A misdemeanor and can result in imprisonment of up to 1 year. In addition, you could face a fine of up to $6,250, and you can also lose your driving privileges.

Do the Oregon Weed Laws allow you to grow your own plants? Believe it or not, yes you can grow your own weed! However, you do need to follow some rules. To put simply, you can only grow no more than 4 plants per household and you need to grow it in your own home.