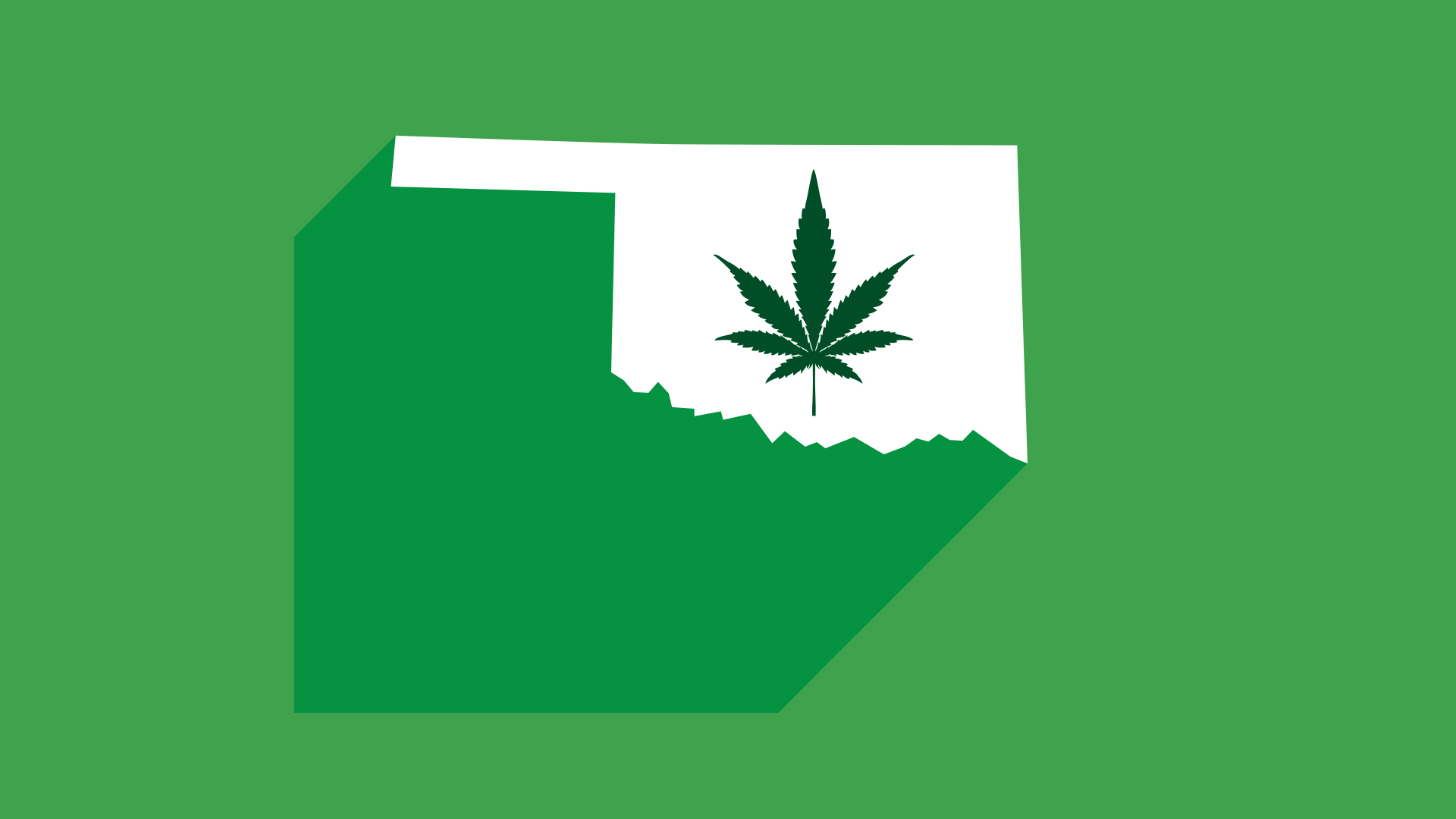 Is Weed Legal in Oklahoma? As we progress to a better future more state legislatures and lawmakers are beginning to see the benefits of legalizing marijuana. Oklahoma marijuana laws dictate adults over the age of 18 years can legally possess and use cannabis for medical use. However, it remains illegal for adults to purchase cannabis for recreational use. Nevertheless, lawmakers and state governments are aware of the economic impact recreational marijuana could have on the state

Under Oklahoma marijuana laws, citizens of the state can only possess, purchase, and use cannabis for medical purposes. However, under state law, a citizen interested in medical marijuana must obtain a state-issued medical cannabis license from the Oklahoma State Department of Health. Unfortunately, in this state cannabis purchasing and possession for recreational use remains illegal.

Under Oklahoma marijuana laws, a licensed medical patient can legally cultivate cannabis for personal use. The legal limitation for cultivation is as follows:

2020 Oklahoma Weed Laws: The Recreational Use of Cannabis Remains Illegal

It comes with no surprise that the current pandemic—COVID-19— sweeping across the country has put lawmakers at a standstill. That being said, the citizens of Oklahoma are still very determined to legalize marijuana for recreational use.

Currently, Oklahoma State Question 807, will likely make an appearance on November 8th, 2022. The state question termed, Marijuana Legalization Initiative, will seek to legalize the recreational use pot in Oklahoma. Under this newly proposed Oklahoma marijuana law the following regulations would be set in place:

*All quantities listed above will are cumulative*

The passing of recreational cannabis laws in Oklahoma would legalize the cultivation of cannabis for adult use. The ballots current cultivation limit proposals are as follows:

Finally, it is important to mention that SQ 807 would implement a 15% excise tax on the gross receipts for all marijuana sales to consumers. This excise tax will be in addition to any other state or local tax.

SQ 788 contains 9 sections, each describing the rules and regulations that follow for medical marijuana possession, use, sales, and cultivation in Oklahoma. As the original initiative petition is quite extensive, for the purpose of this article we’ll focus on summarizing the key points to aid consumers interested in obtaining cannabis for medical use.

In most states—Colorado, Alaska—a patient must have a qualifying (recognized) health condition to qualify for medical marijuana protection. What makes Oklahoma cannabis laws unique is that the state does not have a setlist of conditions they deem qualifying.

So, how do you get a medical marijuana card in Oklahoma?

To obtain medical marijuana from a dispensary a patient must consult with a state-licensed physician. A state-licensed physician must submit an official form of recommendation which can be found on the Oklahoma Medical Marijuana Authority website. If a patient is below the age of 18 years, they will require two letters of recommendation from two different health practitioners.

Once a patient obtains a physician recommendation form. They must complete the remainder of their application online through the Oklahoma Medical Marijuana Authority website. Applying patients will be required to submit:

At the end of your application, you will be required to submit a non-refundable fee of $100. If you have Medicaid, Medicare, or disabled veteran status then the application fee reduces to $20.

Oklahoma Weed Laws: What We Can Expect in the Near Future

Weed laws in Oklahoma are straight forward! Medical pot is legal while recreational pot remains to be illegal. That being said, lawmakers do see the potential of legalizing recreational cannabis. However, with the current pandemic sweeping across the nation, it remains uncertain if cannabis will be legalized.

Got a question about the weed laws in Oklahoma? Let us know in the comments below