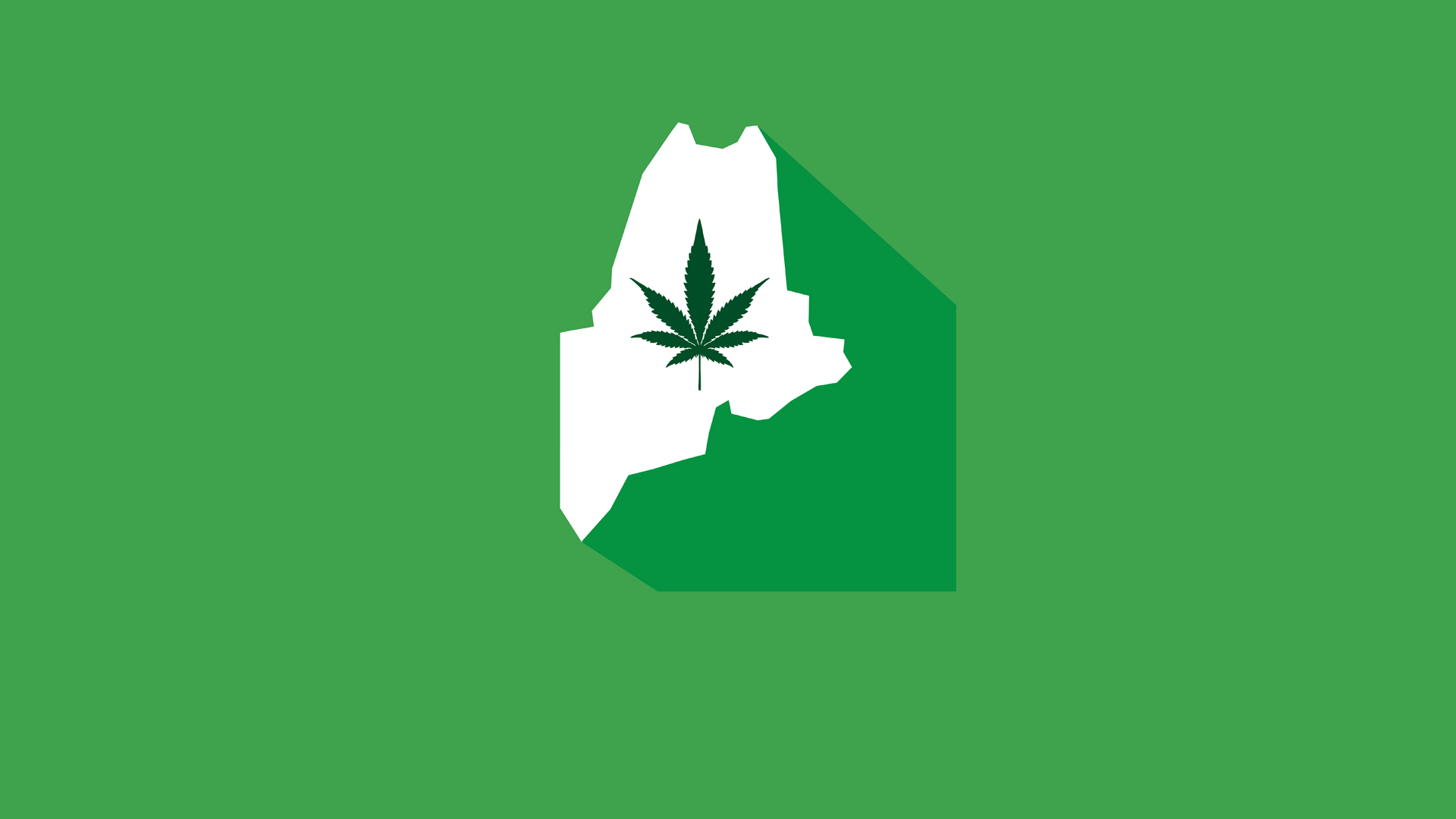 According to Maine cannabis laws, both recreational and medical cannabis use are legal. However, when it comes to purchasing recreational pot things can get a little challenging. So, in this article, we'll cover everything you need to know about the Maine pot laws of 2020.

Maine pot laws mean that both recreational and medical marijuana is legal for possession and use. In fact, citizens of Maine can even cultivate their own pot at home.

But, there’s a bit of a grey area!

In Maine, dispensaries are only accessible to medical marijuana users! Currently, there are no recreational dispensaries open in Maine.

In 2016, the citizens and governing parties of Maine saw the potential the cannabis industry can have on the state’s economy. So, it was in 2016 when the Marijuana Legalization act came into play!

The Maine cannabis laws for recreational use are similar to those seen in other recreational weed states, where pot is legal. The laws pertaining to marijuana for adult use are as follows:

But, can you grow your own marijuana in Maine?

Yes! You can! Let’s break down the Maine recreational marijuana cultivation laws

Before you decide to become your very own marijuana farmer, there are a few cultivation regulations  you need to follow:

Although cannabis is legal in this state, users need to be aware of the consumption laws and regulations. Maine cannabis laws state that a person wanting to consume, use/smoke marijuana, must do so on their private property. Maine pot laws emphasize that a private property/residence is one that is not accessible or in view of the general public.

That being said, there are a few places where you cannot use your cannabis. For example:

A violation of any of the offenses listed above is punishable with a fine of up to $100.

Is Weed Legal in Maine: Maine Medical Use of Marijuana Act

For a patient to qualify for medical marijuana, they needed to have a medical condition that was deemed “qualifying” under Maine medical marijuana laws. Some of these conditions included cancer, HIV, Glaucoma, Crohn’s disease, etc.

Over the years, both doctors and lawmakers saw that medical marijuana can be used to help a lot of people with a range of medical condition—not just the ones which were deemed qualifying. Hence, in July of 2018, LB 1539 completely removed the requirements considered a qualifying condition.

So, what are the rules regarding medical marijuana in Maine? Let’s break it down!

It was early this year when the state lawmakers projected the launch of adult-use recreational cannabis stores across the state. However, given the current epidemic that swept the nation—COVID19—it’s not clear as to when recreational marijuana dispensaries may open.

Where is Pot Legal Besides Maine: Recreational Weed States

Are you a medical cannabis patient from another state? In the state of Maine, patients from other states can purchase medical marijuana from Maine dispensaries if they are classed as a qualifying patient. Patients visiting Maine can purchase up to 2.5 ounces of cannabis every 15 days.

But, what about recreational marijuana? This is a tricky one!

So, how are people getting their weed?

Now, remember, the selling and distribution of marijuana is a crime. In fact, selling 1 lb or less of cannabis is considered a Class D criminal act, that’s punishable by a fine of up to $2,000 and imprisonment of up to 1 year.

So, if you were to scroll through listings, you would see that dealers actually give clients marijuana for free, however, they place a hefty delivery charge.

So, Is Marijuana Legal in Maine?

Yes, it is! Both recreational and medical marijuana has been legalized in this sunny state. That being said, there is a bit of a grey area, where recreational marijuana dispensaries aren’t accessible to the public.

Nevertheless, it seems as though, the citizens of Maine may have found a way to get around the lack of recreational marijuana dispensaries in Maine.