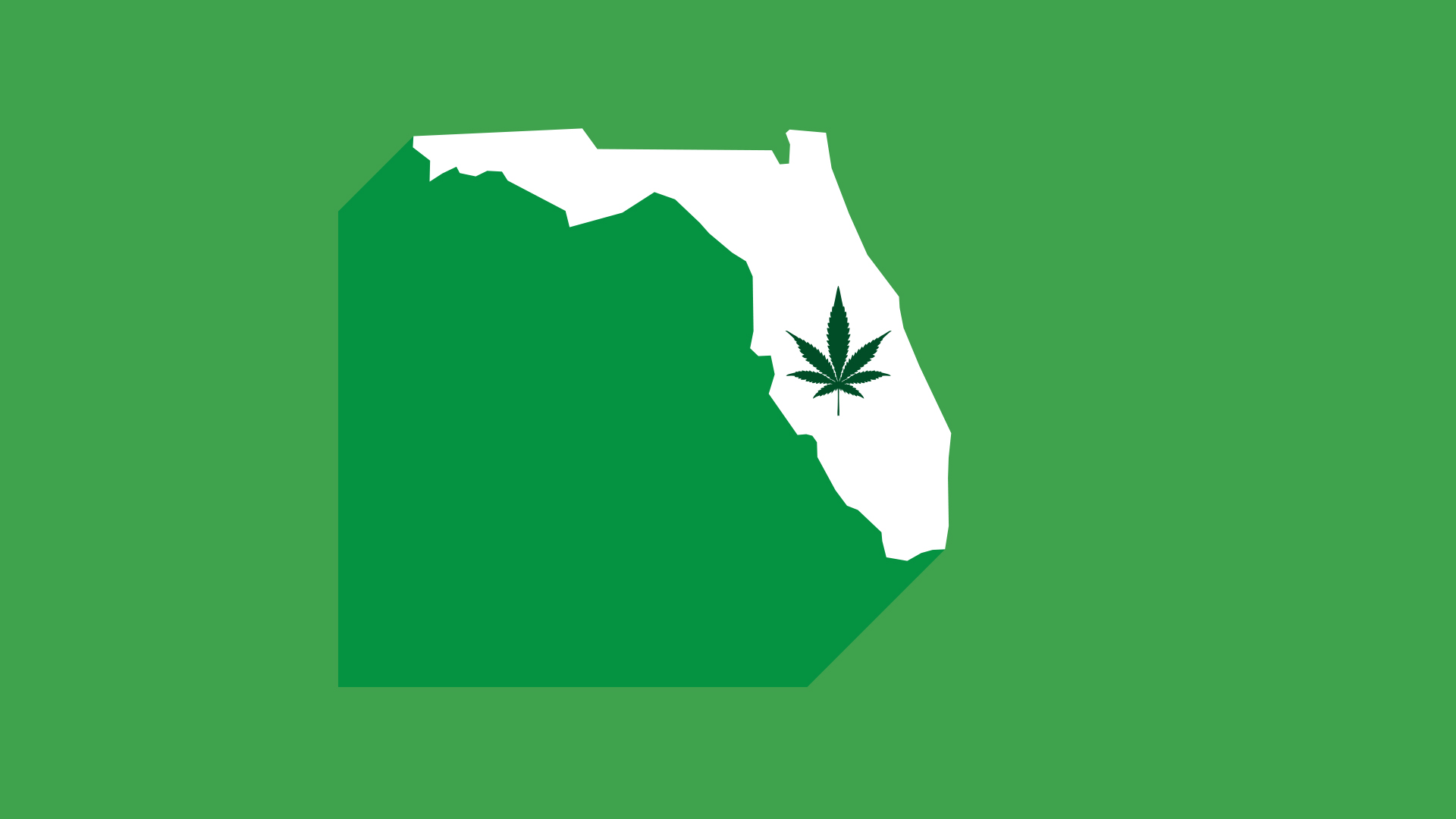 So, Is Weed Legal in Florida? Florida marijuana laws are certainly quite straightforward. In the state of Florida, recreational marijuana use is prohibited. However, marijuana for medical use has been legalized. In this article, we will cover what you need to know about the Florida cannabis laws of 2021. Find out the limits allowed in Florida and the consequences if your found with marijuana, and do not have a medical recommendation. Although there has been some counties in Florida that have decriminalized marijuana laws, there are some who have not.

The year 2021 has truly been a hectic year! Despite this, marijuana sales across the USA continue to remain somewhat stable. In the near future, economists expect marijuana sales, and the industry as a whole, to flourish. Still, it seems to remain that Florida is unlikely to legalize marijuana for recreational use within the year.

Medical cannabis users living in Florida can have up to 2 and a half ounces, and legally buy more every 35 days. Florida, nicknamed the Sunshine State of the USA. Sunny skies, warm beaches, and Disneyland. However, they still have not passed recreational marijuana into law. Florida cannabis laws of 2020 dictate that only medical marijuana is legal by law.

The state of Florida is strict when it comes to who can grow marijuana. Only a few commercial growers who had to apply for licenses are allowed to grow cannabis in Florida.

Recreational Cannabis Is Not Yet Legal In Florida

Unfortunately, in the state of Florida, recreational marijuana has not been legalized.  At the beginning of the year 2020, a Senator by the name of Jeff Brandes did introduce a new bill—SB 1860— which would legalize the possession and use of cannabis for recreational purposes.

The bill proposed that all person(s) over the age of 21 years and older would be permitted to use marijuana legally. Sadly on March 14th, 2020 the bill died, deeming recreational marijuana still illegal.

Possession of up to 20 grams of marijuana used to result in one year of jail time. But now there is no arrest, its been replaced with a citation and fine of up to $100.  A second offense of the same crime is a fine up to $200.00. The third offense will require a visit to the court house. These new Florida cannabis laws are much more nicer than the previous ones before it.

Marijuana Laws in Florida: Is CBD Oil Legal in Florida?

Yes and No! In the state of Florida, it is legal to purchase CBD oil which has been derived from hemp-based plants. CBD derived from marijuana is illegal.

To further elaborate, in 2014 Senate Bill 1030  was approved by lawmakers in Florida. This bill dictates that it is legal for people with a qualifying medical condition to possess and use low-THC CBD based products. To emphasize, you do not need a medical card to purchase hemp-based CBD products in Florida.

That being said, in 2019 another senate bill was passed—SB 182—this bill allows medical marijuana patients to possess, use, and smoke CBD based products that contain a higher (than normal) amount of THC.

Alright, let’s break it down…

The Florida Marijuana Act, known as, The Compassionate Medical Cannabis Act, is a bill that allowed patients to legally possess and consume cannabis for medical purposes. Specifically, under this bill:

Not too long after the formation of The Compassionate Medical Cannabis Act, did Amendment 2 come into play? Now, among Florida Marijuana laws lies the next important legislation—Amendment 2. In its very essence, this law created Florida’s medical marijuana program.

It not only protects patients who qualify for medical cannabis, but it will also protect the attending physicians, dispensaries, and caregivers who service medical marijuana patients. Amendment 2 states that to qualify for medical marijuana a patient must be diagnosed with “qualifying” medical conditions. To give you an example, here is a list of some qualifying medical conditions.

Finally, we come to State Bill 1030! Remembering that in 2014, the Compassionate Medical Cannabis Act dictated that patients were only permitted to use low-THC cannabis products?

Well, in March of 2016, State Bill 1030 further emphasized that now patients can use full-strength medical marijuana if they were diagnosed with a terminal condition.

Florida Marijuana laws state that a qualifying patient must legally purchase their medical marijuana from a licensed dispensary. Now, in the state of Florida, there are no dispensaries, just marijuana treatment centers which are heavily controlled by the Florida Department of Health.

Now, as we mentioned above. The 2014 act, The Compassionate Medical Cannabis Act, only allowed patients to purchase low THC cannabis products. So, what can you buy?

Fortunately, in 2019 SB 182 was passed by lawmaker Senator Brandes. This bill expanded on the use of marijuana for medical purposes. It states that a qualifying patient is now legally allowed to smoke medical cannabis.

In addition, they are now legally allowed to possess up to 2.5 ounces of cannabis every 35 days. Prior to the passage of SB 182, medical marijuana patients were only allowed to use marijuana products like tinctures, aerosols, and ointments.

If you’re planning on taking a trip to Florida, it is important to familiarize yourself with Florida marijuana laws. Here are some important do’s and don’t to follow:

To put simply, if you really are keen on visiting a cannabis-friendly state, then check out Oregon Cannabis laws  or Colorado Marijuana laws!