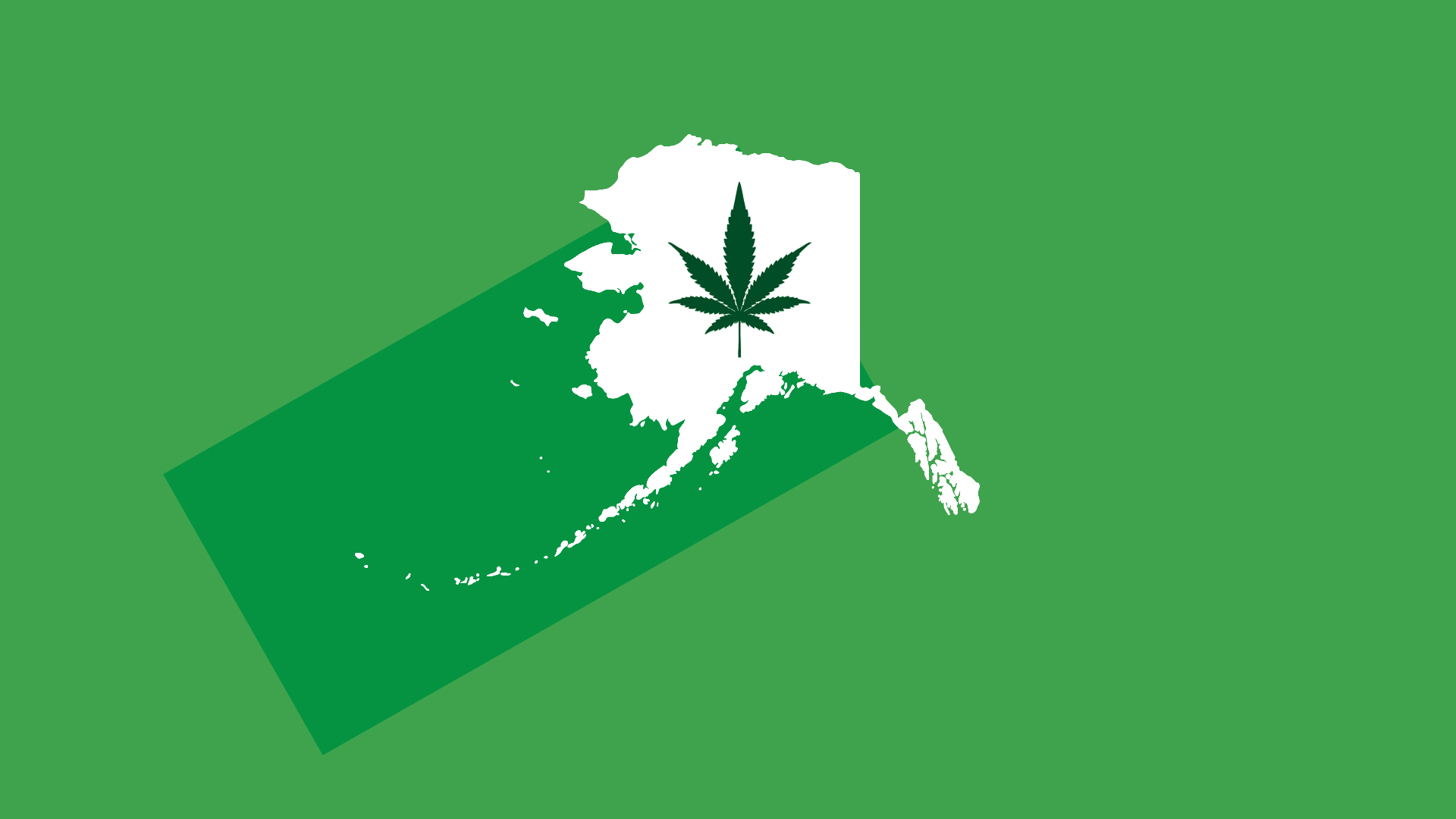 Is marijuana legal in Alaska? The Alaska Marijuana laws indicate both recreational and medical Marijuana is legal in this happy state. Under state law, only adults above 21 years of age can legally use recreational weed. That being said, there are certain rules and regulations you need to follow when choosing to consume and use weed!

The Alaska weed laws for recreational use are fairly in-depth. For this reason, we will briefly summarize important key points travelers, tourists, and citizens may need to know before they decide on using some Alaskan weed.

Measure 2: The Act that Taxes and Regulates Marijuana

Measure 2 is perhaps one of the most important Alaska marijuana laws as it actively legalizes marijuana for recreational use.

Under this state law, a person over the age of 21 years can legally possess, consume, and grow a specified amount of cannabis.

Alaska weed laws state that Measure 2 will authorize the Alcoholic Beverage Control Board to regulate various areas in the industry. This includes licensing cannabis wholesales, retailers, and even cannabis cultivators.

1.     The Alaska Weed laws for legal limits: Under Measure 2, a person above the age of 21 years old can legally possess no more than 1 ounce of useable cannabis. If you travel to other states where recreational pot has been legalized, you’ll find that the legal age remains to be 21.

2.     You can grow weed in Alaska, but there’s a limit: Measure 2 of the Alaskan marijuana laws state that adults may legally cultivate no more than 6 cannabis plants. But, of these 6 plants, only 3 are permitted to flower.

3.     Do marijuana laws in Alaska permit gifting? Yes! State law prohibits unlicensed retailers, that is, everyday people to sell cannabis to others. However, if you grow your own pot and if you are above 21 years of age, then it is not illegal for you to gift your pot to a friend who is of legal age. Remember! You cannot charge any fee for gifting pot.

So, what else does Measure 2 do?

Measure 2 establishes 4 forms of cannabis businesses and these are:

–          A marijuana cultivation facility: These businesses will grow cannabis for retailers, distributors, etc.

–          Marijuana production and manufactures: These businesses will specifically create cannabis extracts and other products for retailers.

–          Cannabis testing: A cannabis testing facility will test and ensure quality control on all cannabis-based products before it is sold to consumers.

–          Retailers: Under state law, only retailers are permitted to legally sell marijuana and its products to adults above the age of 21. This also means that by law, you can only legally purchase marijuana from a licensed retailer at a dispensary.

Alaska Marijuana Legalization: A Users Quick Guide to Getting Marijuana

Alaska Weed Laws: What You Cannot Do!

1.     Stick to private places: Under state law, adults cannot consume and use cannabis in a public place. Weed laws in Alaska state that adults must consume cannabis within private property (their own homes). Failure to do so could result in a fine of up to $100. However, there are dispensaries that have permits that legally allow for onsite consumption of marijuana with limitations.

2.     Planning on growing pot? Keep it hidden: While it remains legal to grow cannabis in Alaska. State law emphasizes that at-home cultivators must take the necessary steps and precautions to grow their cannabis on private property and away from public viewing.

4.     Obey federal law: Cannabis remains illegal under federal law hence it remains illegal to use and consume pot on federal property such as national parks and reserves. Under federal law, you cannot transport your pot across waterways, by air, and certain highways as they are often considered federal property. For example, in Alaska, you are not allowed to transport cannabis via the Alaska Marine Highway System and Alaskan Ferry system.

5.     Don’t cross borders: Oregon, Washington, and Maryland are just a few states that have legalized recreational pot. However, under federal law, you are not permitted to transport pot purchased from one-legal-state and transport it to another legal-state.

Medical marijuana laws in Alaska were established in 1998 and you can find more information about them under the Alaskan Statutes 17.37.070 and 17.37.010. In this article on Alaska marijuana laws, we will cover the main points emphasized in these statutes.

To qualify for medical pot a patient must be diagnosed with a chronic and/or debilitating condition. Under the statue 17.37.070(4) these conditions can include the following:

If a disease produces chronic and debilitating effects such as:

Then, a patient may be eligible for medical marijuana.

Getting Registered for Medical Pot in Alaska

If you believe you have a medical condition that could benefit from medical marijuana then the first thing you should do is contact a licensed physician. Under Alaskan marijuana laws, adults can apply for the medical marijuana program if they are above 21 years of age.

Once you have visited a licensed medical doctor, you need to acquire a signed statement which indicates the following:

To receive a medical marijuana patient ID card, you will need to fill out a Medical Marijuana registration form.

This form can be found on the Department of Health and Social Services website. There is an application fee of $25 for new patients and $20 for patients renewing their ID card. Upon approval, a medical marijuana patient will be protected under state law.

Weed in Alaska: Penalties for Breaking the Law

Thinking about breaking Alaska pot laws? Make sure you read this first!

Now, under state law, a person above 21 years of age is legally allowed to grow cannabis at their home. It is important to remember that cannabis must be out of view from the public.

In other words, if a member of the public were to use binoculars and any form of optical aid to spot your pot, then chances are it is in public view. You can cultivate pot on a property you personally own.

However, you can cultivate pot on a property owned by someone else, but you will require written permission. If you fail to comply with these cultivation rules and if you fail to stick to the 6 plant limit, then you put yourself at risk of receiving a fine of up to $750.

So, Is Cannabis Legal in Alaska? Heck Yes!

Both recreational and medical pot is legal in this happy state. In fact, a lot of retailers market their cannabis to enthusiastic tourists. But, before you decide to try some edibles or enjoy a joint make sure you familiarize yourself with the Alaska marijuana laws.