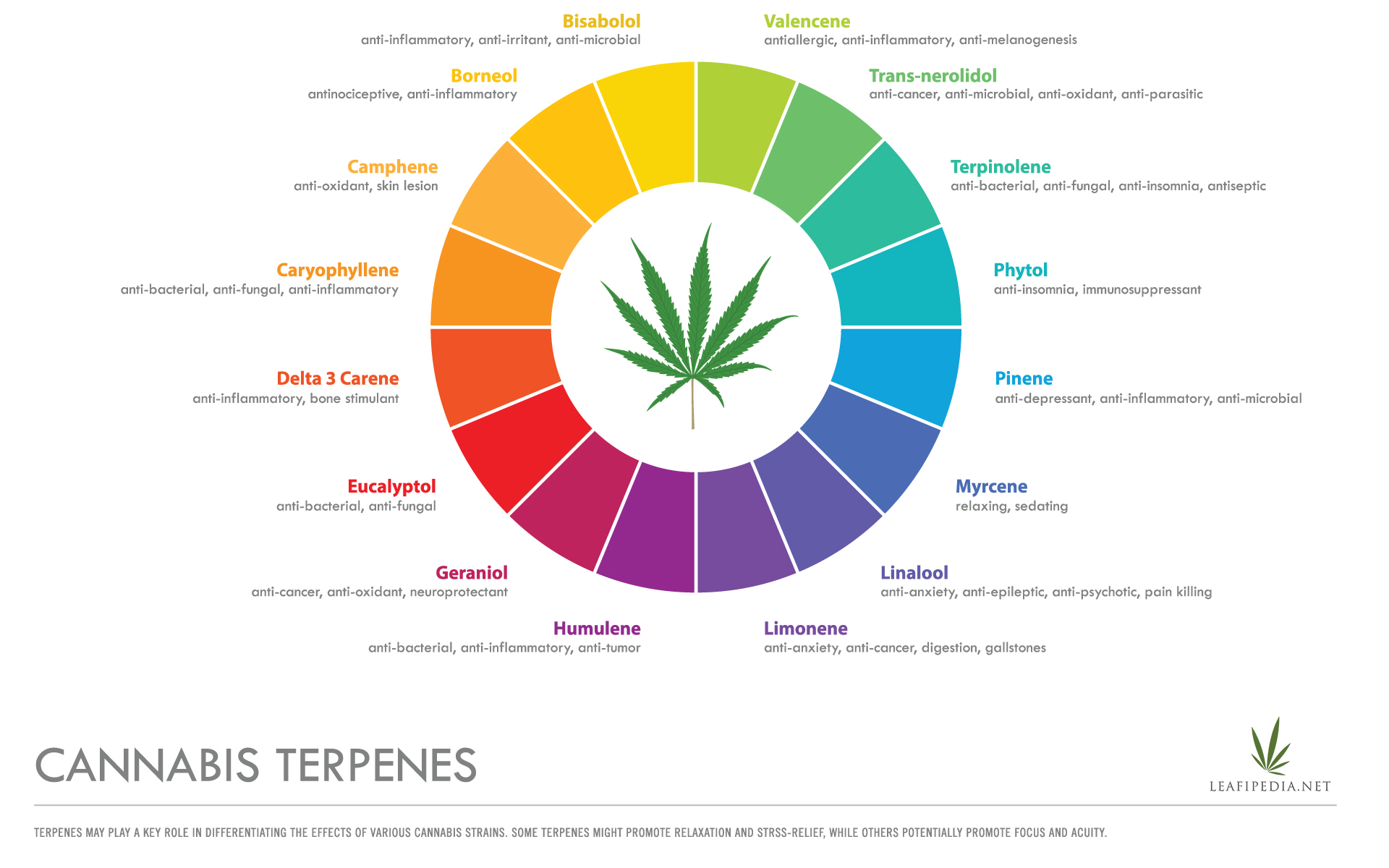 What Are Marijuana Derived Terpenes? 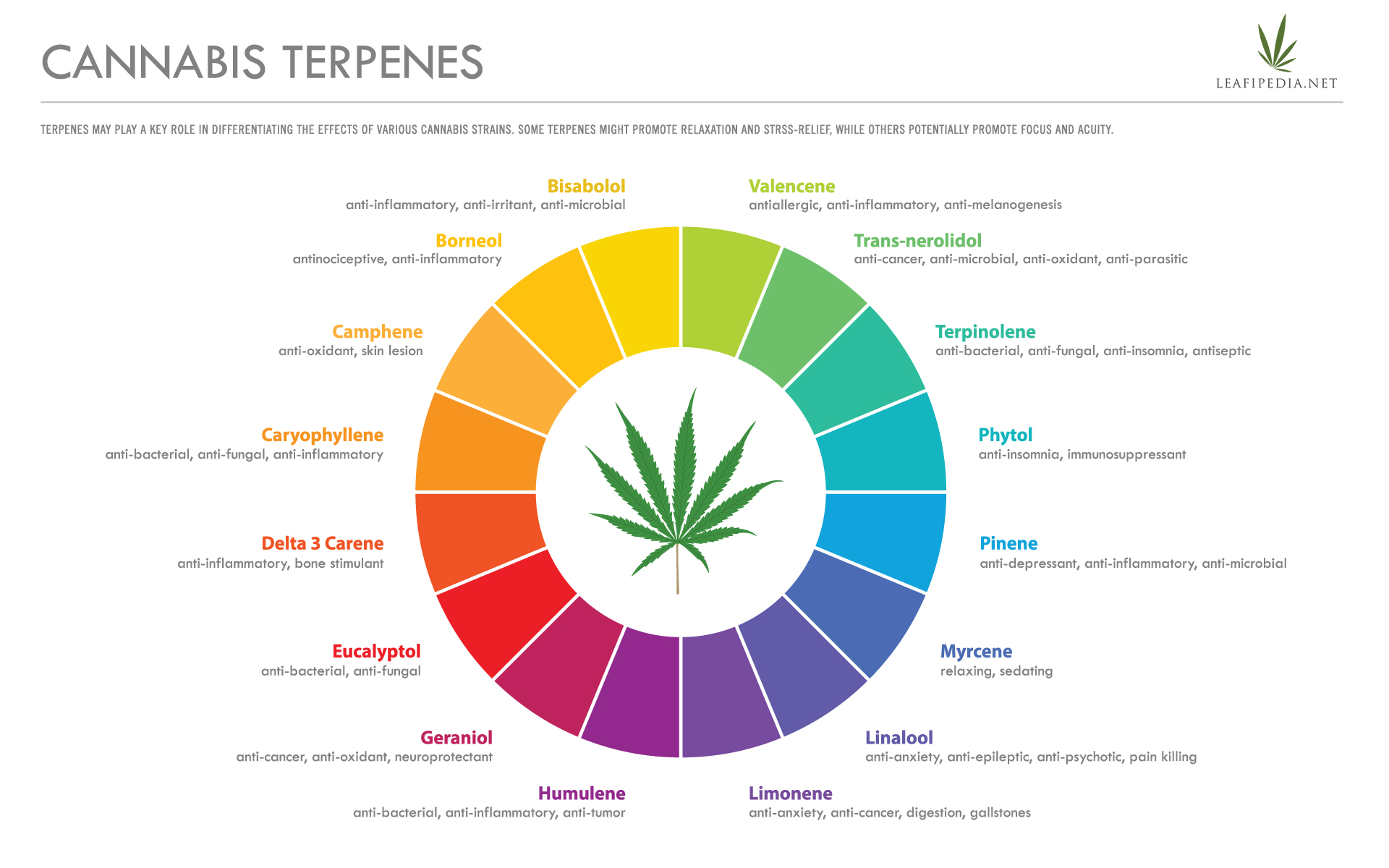 Terpenes are secreted from the same glands as Cannabinoids. These “compounds” are oils that give the pleasant aroma and add color to cannabis. When you hear people say that a certain cannabis plant has a citrusy taste to it for example, or a minty taste to it…what you taste are in fact, terpenes. The Terpene composition is what gives flavor or aroma to the cannabis plant. Terpene development in plants is heavily dependent on external plant factors such as climate, fertilizers, type of soil, time of day, age of the plant and time of maturation. Terpenes are produced inside structures called glandular trichomes. Prior to aging, terpenes are mostly found in high concentration in unfertilized females. Terpene oils or “essential” oils are extracted from the plant via steam distillation or vaporization. Because of this, we can confidently say that all essential oils are composed of 100% cannabis terpenes.

There have been over 100 different terpenes discovered so far and it seems every strain has a different composition of them. However, it is important to note that although different strains might have different compositions, a particular strain will always smell a little like their descendants. A strain that has a minty smell will most probably produce offspring that also have a minty flavor or aroma to them.

There have been studies showing Terpene-associated beneficial effects on human health. Some terpenes have the ability to reduce stress, promote focus and relaxation. One example is the Myrcene – found in the strain, Blue Dream that is known to have relaxation properties. Again, like mentioned above, the composition of the terpenes in the strain can play a huge factor. A phenomenon known as the entourage effect can happen where surrounding compounds can change the overall effect of cannabinoids and other terpenes present. A terpene from one strain might have a different effect than the same Terpene from another strain.

What Is The Entourage Effect

This term was first used in a text published in 1998 by a group of scientists known as the “father of cannabis research” and Dr. Raphael Mechoulam. This term has been mainly used to describe the interaction of cannabinoids with terpenes in cannabis research. 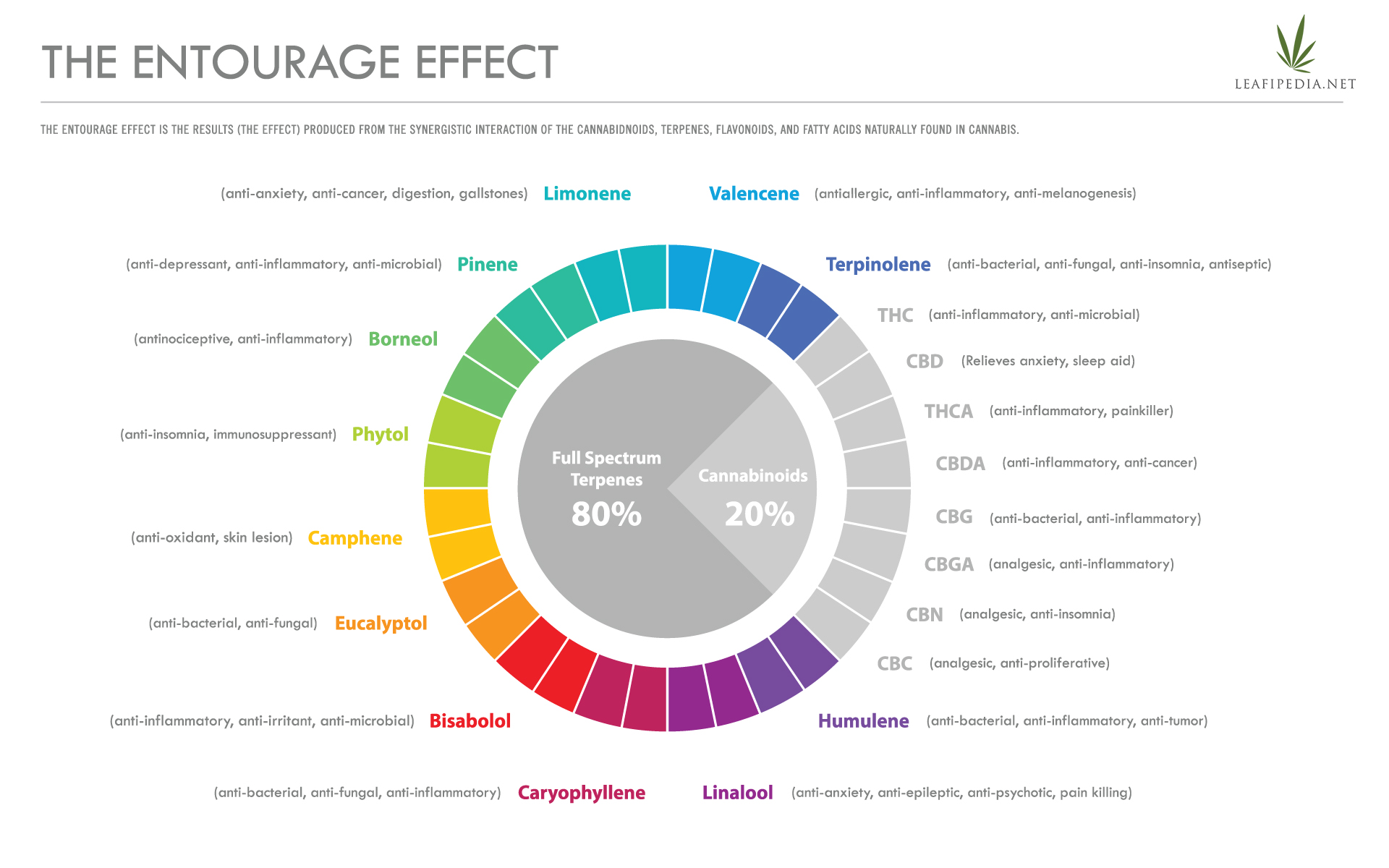 This theory suggests that all the compounds in cannabis work together to produce better effect than when taken alone.

Ideally, in my opinion, this is not true for most instances. Sure, taking THC with a combination of terpenes might promote efficacy, but it is also important to note, that it could also have antagonistic interactions. If the theory was 100% true, then taking CBD and THC together would have an elevated/additive effect – but this is not true. However, this theory should not be completely trashed. In the field of biochemistry, there are chemicals that behave better together than when alone. It is just a matter of finding the chemicals that behave synergistically, even in cannabis research.

Where To Find Good Cannabis Derived Terpenes (For Sale)

Cannabis essential oils are theoretically cannabis-derived terpenes. Oils from cannabis are pure extracts and the aroma comes from the Terpene profile of the specific cannabis strain. Did you know, approximately 30% of all cannabis oils are comprised of terpenes[1].

The Terpene Store (www.theterpenestore.com): This creative company goes way back to 2015 when they first started off with only 5 strains and today have over 180 profiles. With both new and old flavors, this company has sold their products to many popular brands.

Mass Terpenes (www.massterpenes.com): This small company began in 2018. All terpenes that are on sale are highly concentrated and consist of 30-50 isolates of each strain. With a cost of $10, Mass Terpenes ships products globally. Like other companies, this company also produces pure terpene products without any traces of THC or CBD.

True Blue (www.true-blue.co): This company is based in Los Angeles, California. Their products contain zero traces of CBD and THC and have never been made with synthetic agents such as propylene glycol.

As mentioned before, only 30% of the weed plant is made up of terpenes. The other 70% is what causes the “skunk-like” infamous smell of marijuana that we are all very familiar with.

Cannabis Derived Terpenes vs. Others 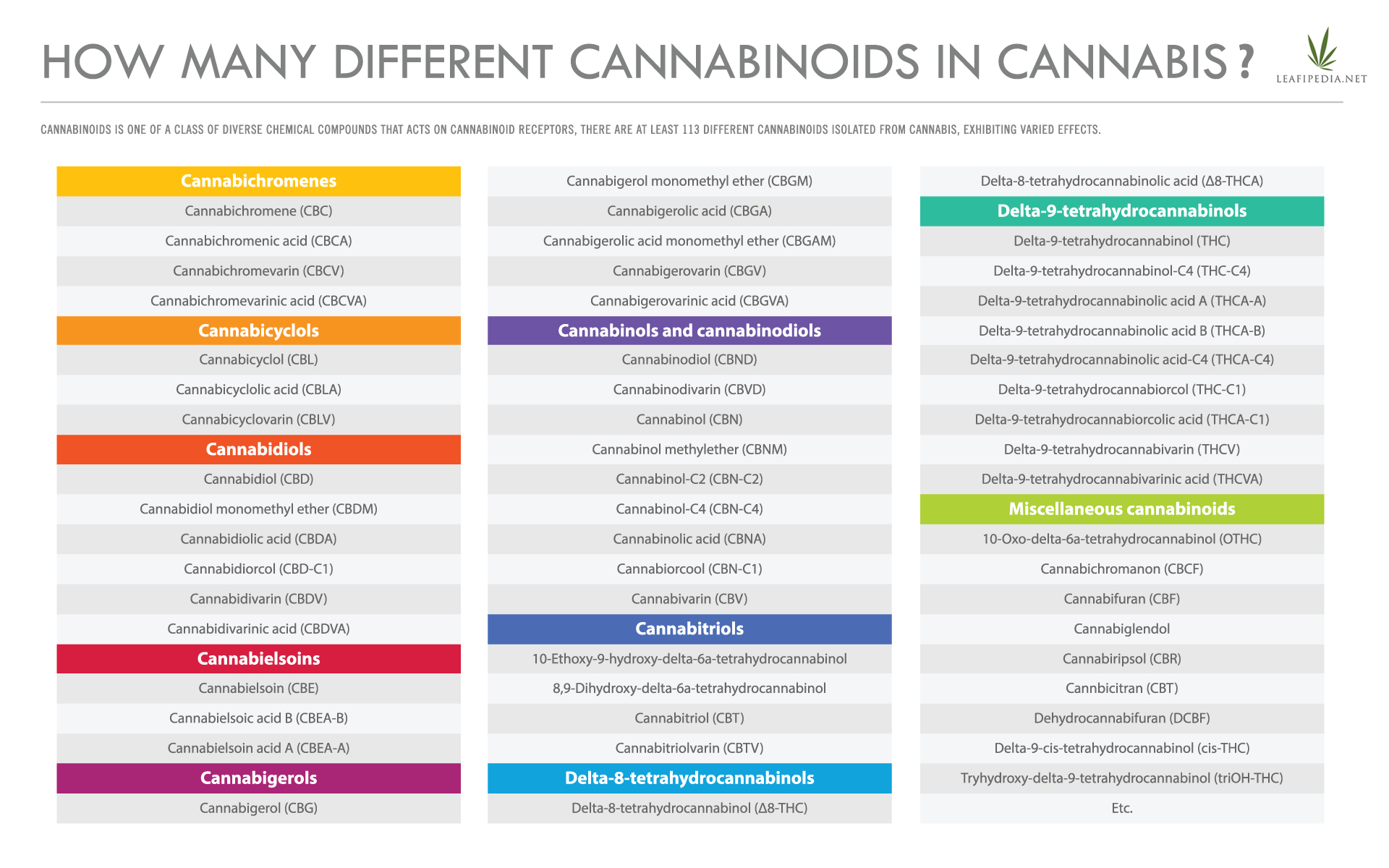 To plants, terpenes act as essential building blocks of plant hormones, pigments, sterols, cannabinoids and other molecules. To us, terpenes are responsible for the aroma and flavour of cannabis products. Now, an interesting question to think about: Based on the specific aromas a cannabis plant emancipates, can you identify the type of strain?

Several studies have shown that there are a lot of differences across and within strains when it comes to Cannabis. Whether the difference is due to environment or just purely genetics is still questionable. For now, scientists assume it’s a combination of both environment and genetics that promote these differences between and across different strains. Similar to THC and CBD levels, terpene levels are also variable across strains. Not only will the strain in question be different from the strain physically growing beside it per se, the time you harvest and at what stage of plant development you extract your terpenes from, all play a factor. But to answer the initial question as to: can you identify the type of strain based on terpene levels – in most cases if the smell is very distinct (high concentration of terpenes) then, yes you can!

Cannabis terpenes are widely popular, but did you know…other plants also have terpenes as well. Even better, terpene extraction from other plants is overall much cheaper than from Cannabis plants. Why?

A plant geneticist with several years of R&D experience in the cannabis industry and agriculture. I can provide in-depth knowledge of basic scientific principles in the fields of cell and systems biology and cannabis science. Visit my website: www.writewithme.ca 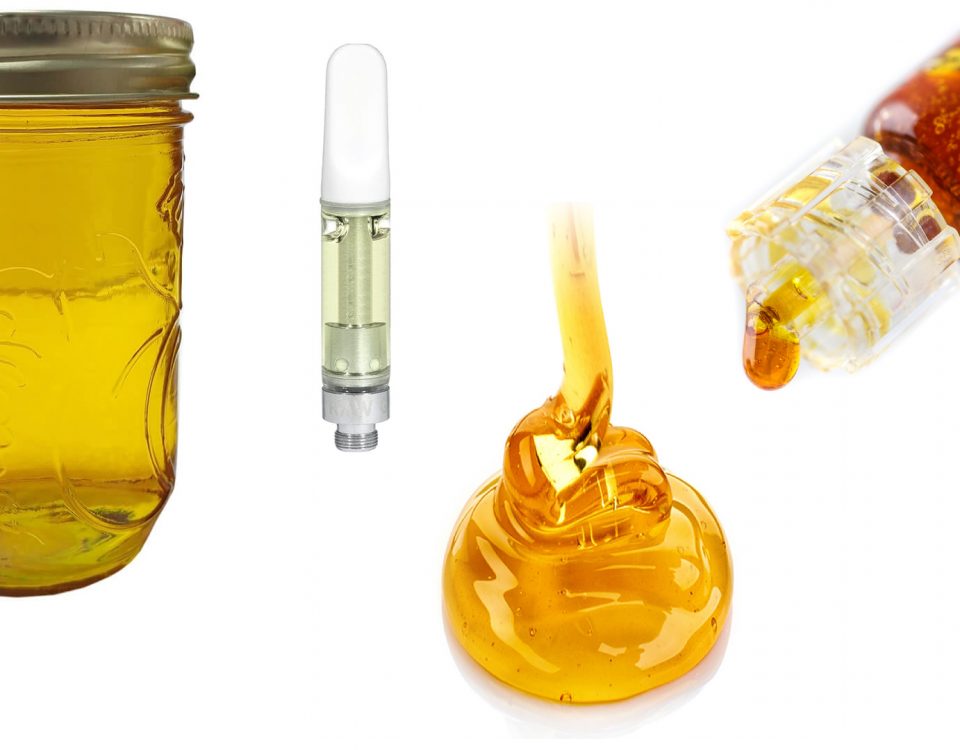 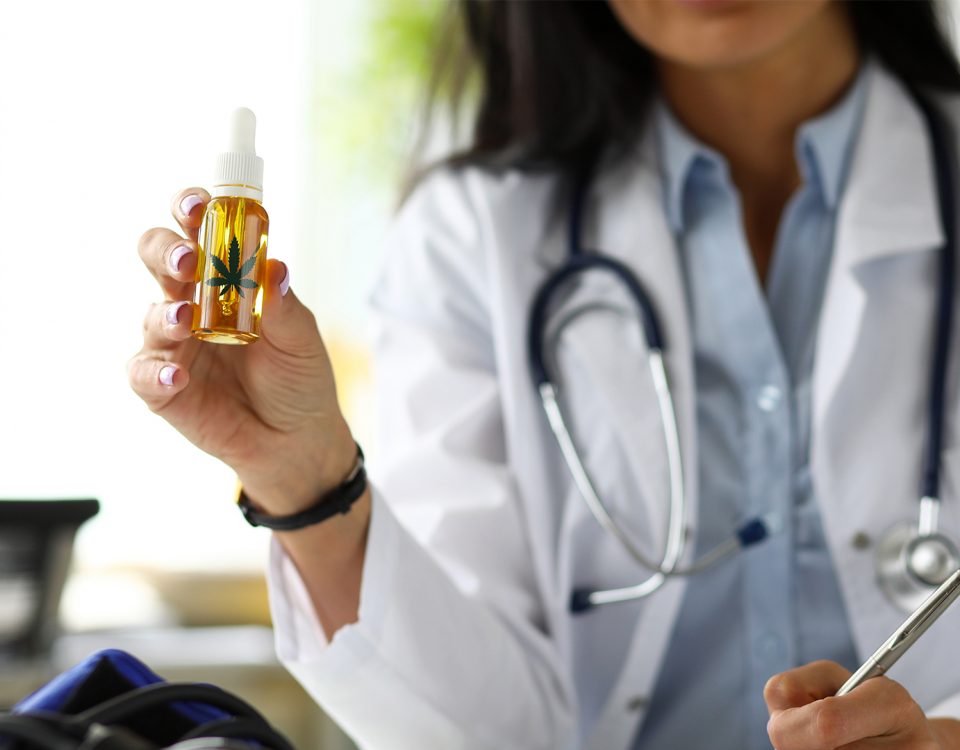